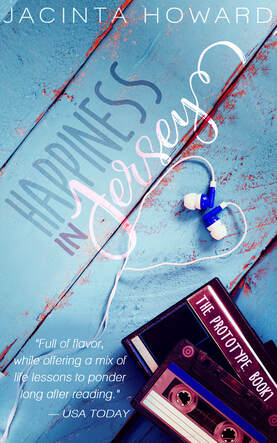 The only things in Jersey Kincaid's world that she has time for are keeping her grades up so that she doesn't lose her scholarship to South Texas University, playing the bass in her band, The Prototype, and satisfying her coffee addiction. Oh, and the occasional random hook-up she indulges in to pass the time. Love? Eh, not so much. Save that crap for a Katherine Heigl or Natalie Portman movie. Jersey's seen enough in life (courtesy of her Pops) to realize that undying romance is nothing more than a myth used to sell books and movie tickets. As she knows too well, the only thing inevitable in life is death - love is definitely not promised. That's why when Jersey meets Isaiah "Zay" Broussard, with his soulful gray eyes, quick wit, and easy charm, she's determined to remain aloof. She doesn't have time to get sidetracked by fleeting fantasies, even if she does feel an unexplainable connection to Zay she's never experienced before. But when his interest in her only seems to intensify, despite her attempts to brush him off, she gets to see a side of him and herself she didn't expect....
DOWNLOAD
AUDIOBOOK 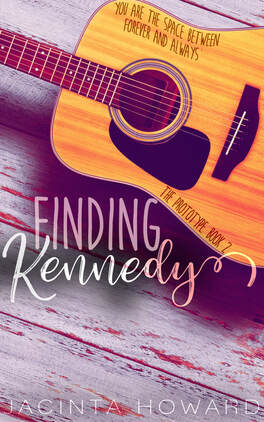 When Kennedy James unexpectedly shows up at her grandma's house in Tyler, Texas, no one knows what to make of her arrival - including her. The only thing Kennedy does know is that something in her life has to change, and it needs to happen right now. She's been numb for much too long. Then she meets Travis Broussard, the perceptively cool guitarist of the indie soul band The Prototype. The timing couldn't be worse, but their attraction is instant, magnetic, and at times overwhelming, causing Kennedy to question if it's possible to feel too much. As Kennedy attempts to embark on a new path, she finds herself at a crossroads. But if she chooses to follow her heart, is she prepared to deal with what she might find?
DOWNLOAD
audiobook 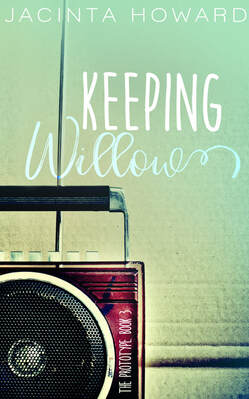 Devin Walker, drummer for The Prototype, has one priority: turning his alt-soul band into the superstar act it's destined to become. Singularly focused on his music, his creative passion is all-consuming - that is, until he crosses paths with his best friend's college roommate, Willow Harden. Willow was drawn to Devin from the moment she first saw him. And when Devin does, finally look Willow's way, she's easily seduced from her protective bubble into the lure of his fast-paced ambitions, though at times, she wonders if she can handle it. Unable to resist their potent chemistry, Devin and Willow free fall into a relationship that makes them question each other and doubt themselves. Devin knows he should probably leave her alone; Willow knows life for her might not be any good without him. Can they possibly make their love work? And if so, at what cost?
download
audiobook 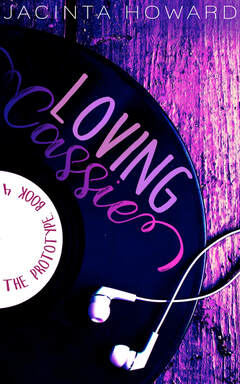 Cassandra James thinks she has her place in the world all figured out. But an unexpected betrayal forces her to ask if her "free black girl" vibe is a myth, or worse, a mask to hide herself from the world. Bam Mosley, keyboardist for the alt-soul band The Prototype, knows who he is. He just wants to make good music and see the people he cares about win. Then he meets her. Sure, Cassandra is gorgeous and smart, with hypnotic eyes, but his bandmate's sister wasn't supposed to be this...disruptive and break down all his defenses. She sees what he hides from everyone else. He allows her to take off her mask.  But is their connection powerful enough to survive life's low notes? Or maybe the true test of love is knowing when to let go....
download
audiobook

The Love Below: The Prototype Glimpse Collection 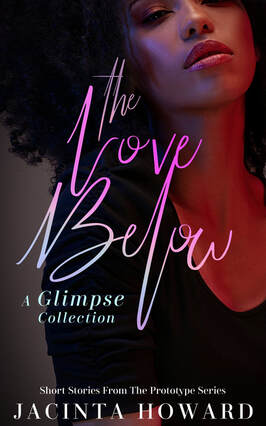 download
audiobook
The Love Below: A Prototype Series Glimpse (Zay + Jersey): When life circumstances arise that make them examine their individual truths and desires, Prototype singer Isaiah Broussard and bassist Jersey Kincaid will have to decide if their love is truly big enough to overcome anything.

The Love Below: A Prototype Series Glimpse (Travis + Kennedy): When outside forces threaten the sanctity of their bond, Prototype guitarist Travis Broussard and lead singer Kennedy James have to decide how far they're willing to go to protect their love.

The Love Below: A Prototype Series Glimpse (Devin + Willow): One thing has always been for certain - Prototype founder/drummer Devin Walker and Willow Harden can't be without each other. When a situation arises that puts that to the test, they're both forced to make some hard decisions about their marriage and themselves.

The Love Below: A Prototype Series Glimpse (Bam + Cassie): Prototype keyboardist Bam Mosley and Cassandra James have put the drama that defined their early relationship behind them. But what happens when decisions are made that threaten to disrupt the calm they've worked so hard to create? 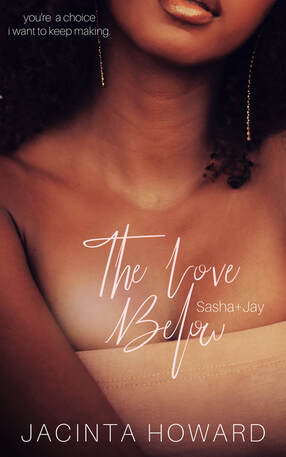 download
Jay+Sasha (Bonus Glimpse): Jay Little knows what he wants. As the even-tempered manager of The Prototype and founder of a successful indie label, Jay’s level-headed nature has always played to his advantage. The only person who’s ever been able to knock him off-balance is his label's publicist, and his longtime friend, Sasha Baptiste. After Jay’s self-control is put to the test one night, Sasha and Jay have to decide what they really mean to each other. Friends? Lovers? Or somewhere in-between?

*This Glimpse is included in The Love Below: Prototype Glimpse Collection but it is NOT included in the audiobook collection. 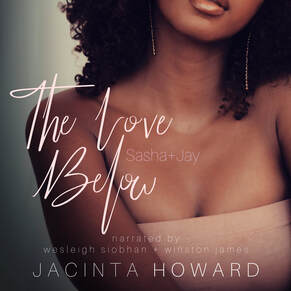