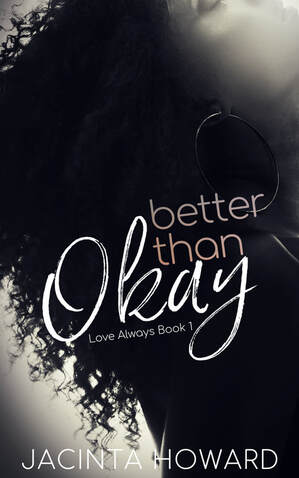 Buy From Jacinta
Buy from other retailers
BETTER THAN OKAY

Sometimes it’s not whether or not you survive, but how you survive. I guess that might be the thing that makes you the person you are... How you survive.
When Miami music writer Destiny Michaels learned her childhood friend, the always cool and collected Brian Jace, was moving from their hometown of Phoenix to Miami, she wanted to do cartwheels across Ocean Drive.
Brian has always been able to counter Destiny’s annoying tendency to overthink things, and he’s the only person she knows with a love for music that’s as intense as hers. However, when he arrives, she quickly realizes there’s been a major shift in their formally platonic relationship. And no matter how scared she is about taking things to the next level, their feelings only intensify.
But just as she begins to believe that real love can exist outside of sappy romantic comedies, Destiny is forced to question everything she thinks she knows about life, including her new feelings for Brian.
She soon discovers that while we can’t control some things that happen to us, the power of unconditional love, once accepted, can make life better than okay.

*Note to Readers: This book contains sensitive content that could be a trigger to some readers. The triggering content occurs in chapter 8, and is referenced throughout the rest of the novel. I did my best to portray this subject matter carefully, and with sensitivity. 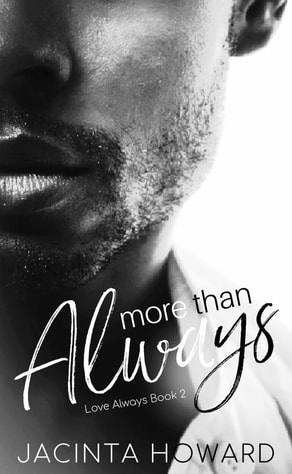 Buy From Jacinta
buy from other retailers
MORE THAN ALWAYS

Brian Jace only had one purpose when he left Phoenix for Miami—to convince Destiny Michaels that there was more than just a lifetime of friendship between them. His calm and steady approach worked—Brian finally got his girl, and he’s never been happier. But just when Brian and Destiny think they’re finally free to enjoy each other on a new level, a fresh set of challenges that Brian wasn’t prepared for arise, and their love is once again, put to the test. Is love always enough? Will Brian be able to hold on to Destiny, when he’s still fighting his own demons? Or this time, will he be the one to walk away? 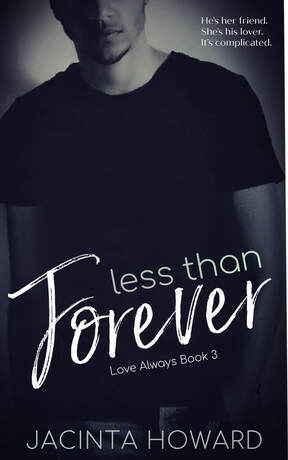 buy from jacinta
Buy from other retailers
LESS THAN FOREVER

Raven Daniels and Dorian Thomas have been best friends since college. But while the free-spirited bond they share holds their relationship together, it’s also the reason they both know they’re better off as friends—flirty friends, but friends. So when Raven decides to leave her old life and cheating ex behind in Fort Worth and move to Dorian’s turf in sunny Miami to take a job as a middle school art teacher, they’re both excited about the prospect of being around one another full-time. As the social media manager at a prominent company, Dorian knows his city, and he’s eager to show his girl the ropes. But one night, emotions run high and everything about their platonic relationship is put to the test. A series of events is set in motion that neither one of them is prepared for, events that force them to answer the question... is love always worth it?