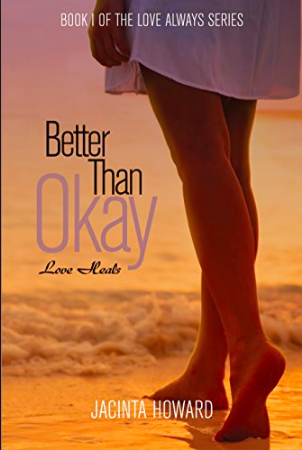 When Miami music writer Destiny Michaels learned her childhood friend, the always cool and collected Brian Jace, was moving from their hometown of Phoenix to Miami, she wanted to do cartwheels across Ocean Drive.

Brian has always been able to counter Destiny’s annoying tendency to overthink things, and he’s the only person she knows with a love for music that’s as intense as hers. However, when he arrives, she quickly realizes there’s been a major shift in their formally platonic relationship. And no matter how scared she is about taking things to the next level, their feelings only intensify.

But just as she begins to believe that real love can exist outside of sappy romantic comedies, Destiny is forced to question everything she thinks she knows about life, including her new feelings for Brian.

She soon discovers that while we can’t control some things that happen to us, the power of unconditional love, once accepted, can make life better than okay.