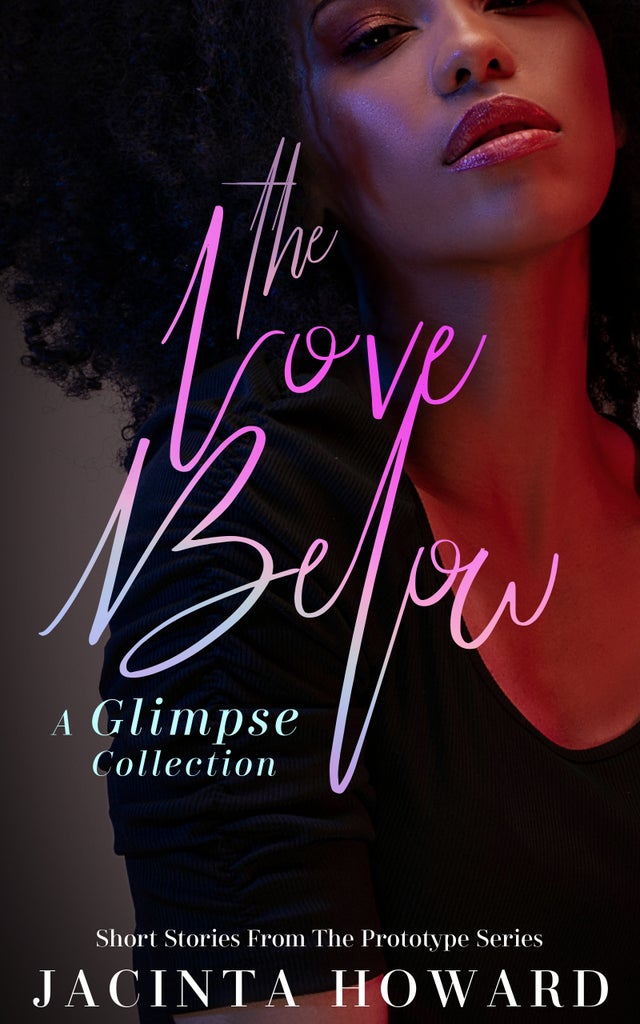 The Love Below: Short Stories From The Prototype Series

Take a Glimpse into the lives of The Prototype as they explore a new rhythm and navigate love and life after breaking big.

Bam+Cassie (Glimpse 1): They've found their rhythm. Prototype keyboardist Bam Mosley and Cassandra James have put the drama that defined their early relationship behind them. But what happens when decisions are made that threaten to disrupt the calm they've worked so hard to create? Will they falter in their love and the life they've built together?

Devin+Willow (Glimpse 2): Passionate and intense, Prototype founder/drummer Devin Walker and Willow Harden's relationship has always been push and pull. But one thing has always been for certain—they can't be without each other. When a situation arises that puts that to the test, they're both forced to make some hard decisions about their marriage, and themselves.

Travis+Kennedy (Glimpse 3): Their connection has always been otherworldly, magnetic... even spiritual. Prototype guitarist Travis Broussard and lead singer Kennedy James know their love for one another surpasses understanding. But when outside forces threaten the sanctity of their bond, they have to decide how far they're willing to go to protect their love.

Zay+Jersey (Glimpse 4): Beautiful and complicated, absorbent and fated, Prototype singer Isaiah Broussard and bassist Jersey Kincaid are more than lovers, more than best friends, more than life partners... they are kindred spirits. Over the years, they've proven that their love for one another is bigger than any obstacle that threatens to separate them. But when life circumstances arise that make them examine their individual truths and desires, they must decide if their love is truly big enough to overcome anything, or if their decisions will place them on separate paths, possibly for good.

Jay+Sasha (Bonus Glimpse): Jay Little knows what he wants. As the even-tempered manager of The Prototype and founder of a successful indie label, Jay’s level-headed nature has always played to his advantage. The only person who’s ever been able to knock him off-balance is his label's publicist, and his longtime friend, Sasha Baptiste. After Jay’s self-control is put to the test one night, Sasha and Jay have to decide what they really mean to each other. Friends? Lovers? Or somewhere in-between?